Newsletter, Notes From The Rabbi, October 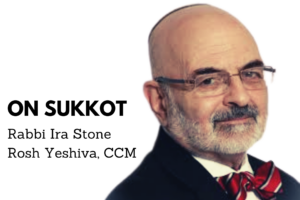 The French-Jewish philosopher Emmanuel Levinas once said that his whole philosophy could be reduced to two words: Apres vous, “After you.” It is a cliché, perhaps, to assert that good manners are the foundation of the ethical life, but like all cliches there is more than a little truth contained within it.

I have long considered giving a sermon or writing an essay (like this one) on the relationship between manners and ethics, but I was afraid it would be considered to be too simple. Yet I can never reconcile myself to seeing people brush past one another without a word of pardon. I have never understood why waiting for a red light to turn green either as a pedestrian or as a driver is so difficult. Not that I haven’t been guilty of some of these offenses myself. After all, I’m originally from New York. In fact I well remember my first visit to Los Angeles having come from New York, crossing with a friend in the middle of a block and being flagged for jaywalking by a policeman. Jaywalking! And I can remember how difficult it was to come to Seattle after living in New York and learning to wait for the light to change with everyone else. I also remember how simply civilized it felt to do so after I got used to it.

After watching the Presidential debate this past week, manners, simple civility, emerged as being clearly a more important issue than one might have thought. The simple injunction Apres vous, transformed into a political issue. A political issue central to the collapsing of the American Experiment. If one cannot simply wait for another person to finish speaking before commencing to speak, what hope is there of actually hearing them, beginning to understand the burdens they carry? And what hope is there of reaching out in compassion to offer them assistance in carrying those burdens? What hope is there that they might similarly hear our voice clearly, envision our burdens and reach out in compassion to assist us in carrying them?

The incivility of our current public discourse is the result, I believe, of the erosion of civility in our private discourses. In contrast, our Mussar tradition teaches us to use the middot, Shtikah (Silence,) and Anavah (Humility) to cultivate what others might call mere manners, but what we know is the beginning of ethical, responsible life. Perhaps not only the beginning, but the whole of the Holy life. For if one cannot be civil to one’s neighbor, how can one begin to love one’s neighbor, the mandate of holiness.

We have just emerged from the spiritual rigor of Yom Kippur and stand on the cusp of the festival of Sukkot. Our Rabbis called Sukkot the most joyous of days of the year. In part, that joy comes from having achieved a clean slate over the month of Elul. But in part it comes from the ability to fulfill the commandment to dwell together in the Sukkah with our family, friends and neighbors.

The Sukkah itself is a metaphor made physical. A metaphor of the human community in the world. The joy of Sukkot results from embracing the metaphor and practicing the regimen of good manners, of offering food and drink and shelter to others regardless of how fragile our own resources are. It is a ritual acting out of Apres vous and it carries the messianic overtones of achieving sukkat shlomecha, “the Divine tabernacle of peace.” It lifts manners to the privileged place where they belong: as the very foundation of ethics/holiness and the source of our everlasting joy.