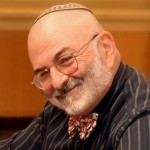 Rabbi Stone serves as the Rosh Yeshiva of the Mussar Leadership Program.  He has served congregations in Seattle, Washington, and Philadelphia, Pennsylvania. He was the spiritual leader at Temple Beth Zion-Beth Israel for 27 years and is now Rabbi Emeritus.

Ira Stone received his education at Queens College, the University of California at Santa Barbara, the American Jewish University in Los Angeles, and the Jewish Theological Seminary, where he was ordained a Rabbi in 1979.

Rabbi Stone has been visiting lecturer in Jewish Philosophy at the Jewish Theological Seminary of America, and at the Reconstructionist Rabbinical College in Philadelphia. He has taught and lectured widely on Talmud and the world of Emmanuel Levinas.  He travels widely as a scholar-in-residence at synagogues at conferences.

He is the author of Reading Levinas/Reading Talmud (JPS, 1998), Seeking the Path of Life: Theological Meditations on the Nature of God, Life, Love and Death (Jewish Lights, 1993) and Sketches for a Book of Psalms (Xlibris, 2000) as well as numerous articles in various journals of Jewish thought.

Rabbi Stone’s first book on mussar is A Responsible Life: The Spiritual Path to Mussar (Aviv Press 2006). His commentary on Rabbi Moshe Hayyim Luzzatto’s Mesillat Yesharim was published by The Jewish Publication Society in September 2010.