January, Newsletter, Notes From The Rabbi 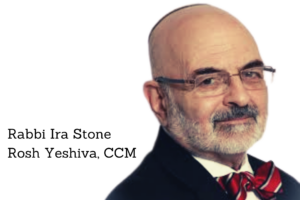 I have always believed that the ideals of American democracy were a sure sign of the Infinite Source of Goodness in the Cosmos. The very fact that those ideals were articulated by very flawed human beings, people who sanctioned the genocide of the native population, who either owned or profited by the labor of generations of slaves, essentially against their own interest, suggested to me that they were not the sole authors of their own ideas.

These ideals would prove not only to outlive their authors, but to slowly, very slowly, shape American society, continually against the will of most of its citizens. First white men without property would gain the right to vote, not only those with property. Then against the opinion of most people in both the South and the North, the slaves would win their freedom. Rights of laborers would be discovered, women would win the franchise, segregation would be outlawed, voting rights would be protected, gender inequality would be addressed, all against the grain of the populous. The power of Yetzer haTov is mysterious and has slowly, in Martin Luther King Jr’s words: “bent the moral arc toward justice” in our country.

What we witnessed in Washington D.C. this past week is therefore no surprise. The Yetzer haRa does not disappear. Fear of change, fear of difference, fear of the other, is deeply ingrained in this and every society. Perhaps, more so in this society because of the inexorable steps we have taken toward accommodating change, difference and the other.

Not for the first time in our history, these forces have sprung out into the open and, therefore, not for the first time do we now have the opportunity to use their visibility to take the next steps required in a society governed under the influence of Yetzer haTov energy. The rebellion against the restrictions on slavery that the South feared bequeathed us the 13, 14, and 15 amendments, helping us to achieve a more perfect union. The sight of dogs, water cannons and baton-wielding police in Alabama led to the 1964 Civil Rights Act. The question that will be asked of America after the infamy of January 6, 2021 will be: “how did we use this occasion to add our strength to the bending of that moral arc toward justice.”

Anger and the knee-jerk wish for revenge is understandable. Yet that would signify our collective Yetzer haRa being engaged by the Yetzer haRa behavior of the insurrectionists. Yetzer haTov does not demand that we forgo appropriate punishment for the perpetrators of this civic sin. Rather, it demands that we meet Yetzer haRa with love, but love is not a feeling. It is an action and the action it demands of us at this moment is to expose the depth of the cancer that continues to sicken our body politic.  Let us work to further extend precisely the rights and dignities that we see in the election of a Black man and a Jew to the Senate from Georgia that happened on the very day that the votes to make a Black woman Vice-President of the United State were being counted. The Yetzer haTov continues to make itself felt in our society and it requires our love to assist it in every way we can.