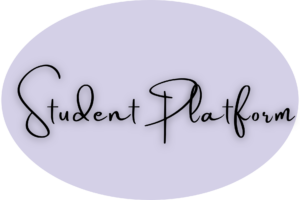 In this Torah portion, God continues to describe the different laws of sacrifices. A distinction is made between sin offerings, burnt offerings, and homage offerings, with each following its own process–all carefully elucidated by God to Moses on Mount Sinai, executed to perfection by Aaron and his sons.

I read and reread Parshat Tzav several times, from multiple sources, to get through it. Each time my eyes glazed over with the incessant details and seeming rigidity. What kind of God would be this controlling–aren’t good intentions enough? I feel my Great Grandmother Anna Wynowski, standing over my shoulder saying, See! See! That’s why I left!

My Great Grandmother did leave Judaism and I can’t with any certainty say why. Sometimes I wonder if the restrictions were just too much for her; that at some point she threw the challah in the bin, tossed the candlesticks in the road, dropped her five children off at the orphanage and left a note to her husband that read: Gone. Into the wild unknown, alone, an immigrant Jew turned American woman with a turn of the pen. Except you couldn’t read or write English, could you Anna? You spoke Polish–or was it a German dialect in Austria? Did you want to leave? There’s so much I don’t know about you.

I invite her back into the kitchen and the argument, back into Judaism through the door of Mussar, dust off the challah and replace the candlesticks. Maybe there’s more than just rigidity to see in the detailed laws of sacrifice in Parshat Tzav.

The English word sacrifice comes from the Latin word sacer: to make sacred. What does it take to create a sacred life? How can I live in a way that pulls upon the thread of what Rabbi Stone calls “Jewish String Theory?” Where every action tethers heaven and earth closer together and tethers the burden of my other closer to me? I think it does take Seder and Savlanut, Shtikah and Kimmutz, Metinut and Charitzut, and a myriad more. And I think it takes at least all of those to approach the potency of Zerizut: a Middah that, like the performance of the sacrifices, requires painstaking care.

I arrived at this idea after having read the Chapter 6 in Mesillat Yesharim and the CCM workbook on Zerizut. There was a lot of incessant detail and seeming rigidity. Why, after all, does the CCM Workbook define Zerizut as diligence and not as zeal? Other sources also seem to avoid the word zeal, opting for alacrity or cheerful enthusiasm. But why? Why take such painstaking care in defining this term? Why this hulking text anyway? How about the cliffnotes? Maybe it’s just too much?

Anna crosses her arms and snickers: It is too much.

Maybe not, Anna. Like the sacrifices described in Parshat Tzav, Zerizut is a powerful force–not unlike that perpetual fire that must be carefully attended. Why would sacrificial offerings to God be any less detailed than, say, brain surgery? We don’t send doctors into surgery with good intentions and general instructions. No way! There’s painstaking, rigorous, incessant detail.

To access the energy of Zerizut without careful training may be similar. Human energy mobilized in action is a potent force. Action for the wrong sake, or any action without watchfulness, can cause much harm. If we want to be of service but aren’t willing to train with Mesillat Yesharim–or some other sacred text of equal gravitas–isn’t that like the well intentioned yet uninformed brain surgeon swaggering in to split open a skull? We’ve likely heard the saying that the devil’s in the details, but I’d argue–so is God. Details are the expression and evidence of our attentiveness; and what is love if it’s not paying attention?

I don’t think so. How we attend to the needs of the other impacts the cosmos irrevocably; echoes throughout space infinitely; shapes and reshapes the structure of life itself. Maybe you should read Nefesh haTzimTzum with Rabbi Stone, dear Anna.

Used incorrectly, the powerful force of Zerizut can turn in on itself, lead to selfishness, or self-centered choices at the expense of all others, at the expense of itself. A black hole of a human turned supernova. Beautiful yes, but so very destructive. Was that you, Anna? Did you implode under the pressure? Or was it so much much more complex than I can imagine?

Zerizut is a force that can be tapped in service or used to the detriment of all. It must be approached with the same attention to detail as the loving precision used by the wizened brain surgeon, the same exactitude that Aaron and his sons brought to the offerings and sacrifices in the Mishkan, the same watchfulness we bring to bear the burden of the other.

Maybe diligence is a better definition of Zerizut after all. 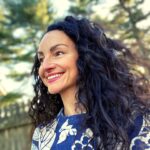 Isha Strasser is the Managing Director of CCM and an active Mussar student. She is currently studying Foundations with Madrichah Elana Eisner and Nefesh haHayyim with Rabbi Ira Stone. Isha is working on a collection of essays about returning to Judaism through a contemplative walk into the Jewish Calendar, deep engagement with her ancestry, and a dynamic spiritual practice nourished by Mussar.